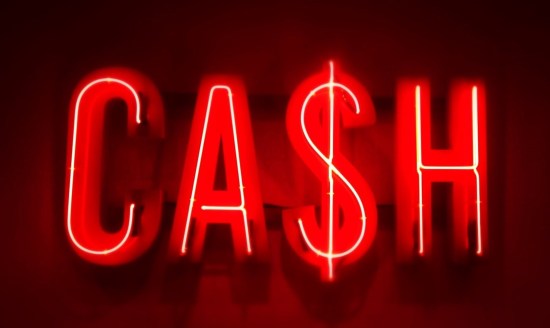 Hundreds of the planet’s richest and glitziest will gather today to kick off the annual World Economic Forum in Davos, Switzerland. That said, this week’s etymological adventure revolves around the term “ultra-rich.”

First things first, a brief history of “ultra,” which finds its roots in, of course, Latin, meaning “utmost limit” or “beyond,” as in Ne Plus Ultra, the warning on Hercules’ Pillars at the Strait of Gilbraltar, translating to “(Let there) not (be) more (sailing) beyond;” Spanish King Charles V inverted this warning in the 1500s, when he made “plus ultra” his nation’s motto and can be seen on the coat of arms today); and the word ultra was eventually introduced to British English in the 1630s, according to Merriam-Webster.

But the term “ultra” took on new in France during the “Bourbon Restoration,” the post-Revolution, post Napoleon era of 1815-1830 , when the Bourbon clan and their wealthy friends reclaimed the reigns of power and during which “ultra” was paired with “royaliste,” to create the noble political term “ultra-royaliste.” While this was a term of self-congratulation at the time, it became less flattering after the July Revolution of 1830 pushed the wealthy back in the shadows. (Make no mistake, though, they still wielded considerable power.) That said, it’s no surprise that “ultra rich” would be used in a derisive, derogatory manner when it began percolating in American English in the late 19th century,

Though the term had previously been used to describe foods and shampoos, in which “ultra rich” corresponded with sensual texture and taste, it took on more fiduciary terms in the beginning of the 1880s, when the Industrial Revolution turned economic inequality into a yawning chasm filled with alienated laborers and aspirational middle class, all looked down upon by the Titanically wealth moguls of the era, the Vanderbilts, the Rockefellers and the Carnegies.

This distinction’s evident in an 1883 St. Louis Post-Dispatch report on the hyper-wealthy James Clair Flood’s mansion and a planned Vanderbilt estate estimated to cost $3,500,000, about $81,000,000 in today money. One of the first American usages I could find, it reads: “The rich men cannot resist the human inclination to ‘splurge’… The ultra rich men, it seems, will never learn the lesson that the vulgar display of wealth in pure selfishness never brings satisfactory returns.” The author then alludes to the French Revolution, remarking, “Perhaps one of these days the Communistic spirit in California, weary of the burdens imposed by the half-dozen monopolists who own the states, will take a notion to light then torch.”

At first I thought this was an isolated remark, but Dr. James Weir Jr strikes a similar but remarkably sharper tone in a December 29, 1884 article, “Is It the Beginning of the End?” Published in Medical Record, the screed suggests that the ultra-rich’s luxurious living and gluttonous [not glutenous] lifestyles were having a deleterious effect on American society. While such behavior had been known for generations in corrupted Europe, he was disgusted to learn that “wealthy New Yorkers revel in a luxuriousness that is absolutely startling…. Thousands are expanded on a single banquet, while the flower bills for a single year of some of these modern Luculli would support a family of five people for three or four years.” He went on, with moralistic flourish:

Like the Dispatch, Dr. Weir too suggests a revolution is likely:

“Poverty, brought on by then luxury of the rich, by war, and by high taxation, has… been very fertile in the production of degenerates… Some day — and I greatly fear that day is not very far distant — some professional anarchist…will consider that the time is ripe for rebellion [and] will lead this army of degenerates…against society.”

And the middle class, “the true conservators of society and civilization,” will bear the brunt of the conflict. But they will also prove victorious, for they are the mightiest and most moral of all classes.

“The great middle class — the true conservators of society and civilization, will fight this battle. It will be a strife between civilization and degeneration, and civilization will carry the day. There would have been no French Revolution had the middle class been as wise then as it is to day. They were taken by surprise at that savage, bloody time, but as soon as they recovered how quickly they brought order out of chaos!”

“When this fight takes place, millions of dollars’ worth of property will be burned, and thousands of lives will be sacrificed, but when the smoke of battle clears away civilization will be declared the victor. And the ultra rich, what of them? They will simply open their purses, like they did in ancient Rome, and pay for the privilege of being protected. The sober middle class is a business people, and they will demand and obtain assistance from their wealthy brethren.”

[For those of you who study political rhetoric of the middle class, that’s an excellent excerpt.]

In any event, “ultra rich” soon traveled into the mainstream, losing its leftist edge along the way, and ultimately becoming rather benign: The Topeka State Journal wrote in 1888, “More money is spent for pleasure by the ultra rich at Newport in a single season than would build a good-sized town in Kansas.” There’s a tinge of judgement here, as there is in this 1895 commentary via the Burlington Clipper: the “ultra rich,” “so common,” “will be obliged to find some other way to distinguish themselves…”

This language is  far more casual than Dr. Weir’s foreboding employment of “ultra rich.” And this latter usage that would become more prevalent in the century ahead, when “ultra rich” became a more every-day description of extraordinary wealthy, a distinction between variants of wealth that has by now become banal, as seen in a 2014 Los Angeles Times article entitled, “Number of Ultra Rich People Grows.”

Protests of the ultra rich continued, sure, but even amid arguments against economic inequality, the ultra rich population’s existence became for many just fact of life and, in some circles, respected. As Reena Shah wrote her review of Vance Packard’s book, The Ultra Rich: How Much is Too Much?, which was published in 1989, just over a century after Dr. Weir’s op-ed: “Strangely enough for an egalitarian country like America, the ultra rich are viewed with benevolent pride.” To that point: an ultra rich person was even elected president as the “blue collar billionaire.”