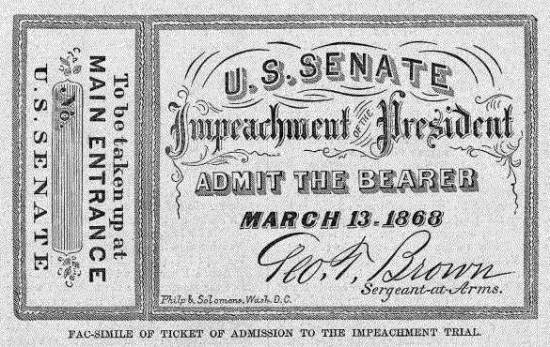 The term “impeach” as we know it is traced to the late 1300s, meaning “to impede” or “to hinder,” but evolved from the Old French empeechier, which came from the Latin “impedicare,” which sounds like a luxurious pedicure but which actually means “to fetter, catch, or entangle” from “in,” in, and “pedica,” “shackle/fetter.”

Impeach was first applied to public officials in the 1560s, perhaps because of its similarity to “impetere,” which means to attack, according to Etymology Dictionary, and “impeachment” became officially ingrained in political lexicons in the 1640s, when Charles I impeached Canterbury Archbishop William Laud for “running a state within a state.” That was a trumped-up charge, of course — unlike claims that Trump’s in Russia’s pocket. And considering Trump fired Rex Tillerson the day after Tillerson blamed Russia for the UK spy poisoning, that’s looking more and more like fact.