Beyoncé and Jay-Z are just so hella talented, beautiful and successful. Love all of this: the track, the art, the fashion, Bey’s moves… TGIF, y’all! 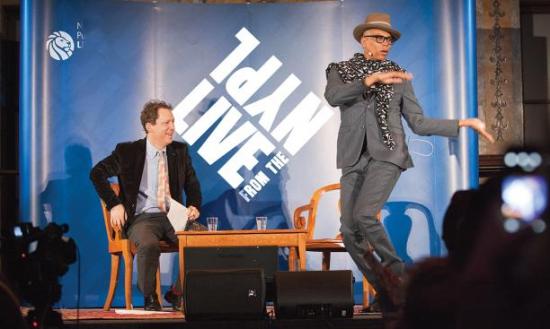 My friends over at Art Papers recently ran an interview with Paul Holdengräber, the New York Public Library’s “Curator of Public Curiosity” and host of the confab series “LIVE from the NYPL.” Here are his thoughts on what makes a good interview, and interviewer:

Many people have remarked that the conversations they like best are conversations with people who have nearly no similarities with me. When I speak with Mike Tyson or Pete Townshend or Harry Belafonte, what do I know about so many aspects of their world? I try to be the spokesperson of a general interest that perhaps many people might have for that person. I try to create a common humanity.

Read the complete interview over at Art Papers.