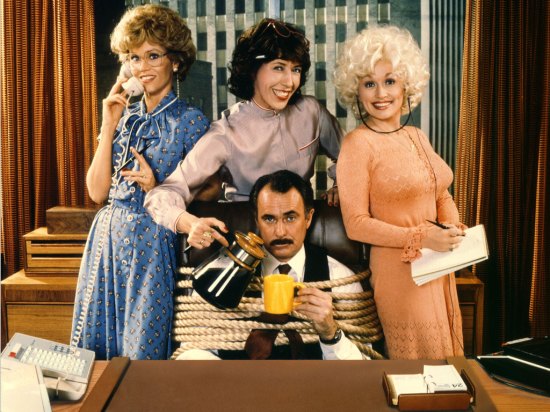 Remember a few years ago, when the female-led Ghostbusters debuted, and critics asked sexist things like “Are women funny?” and “Can women carry the box office?” It was basically the same chorus of sexist garbage we hear whenever there’s a big comedy starring a woman or women.

Here are the movies I had in mind.

My planned conclusion was going to be something like, “Regardless of the odd flop here and there, see: Big Business and Outrageous Fortune, women had the last laugh ages ago; too bad people didn’t get the joke.” I don’t know. Maybe. It never got past the idea phase.

But while working on that Macho Catchphrase piece, I realized that the movies bulleted above, and others, were counterpoints to those violent, male ego-driven characters. Just as 70s and 80s macho men reflected a broader male anxiety, female-starring movies of the 80s showed the empowered woman taking her place where she belonged, on her terms – of endearment and otherwise. Just as the macho men were a response to real-life women’s liberation, these movies were the antithesis: flicks that showed the trials, tribulations, and potential triumphs of women tackling patriarchal systems. This wasn’t just the zeitgeist picking up and depositing subtexts, as in the macho examples; these cinematic expressions were concerted efforts to change the conversation.*

Sure, that era’s macho men and their one-liners earned more money at the box office and more fully penetrated the zeitgeist, no pun intended, but the female-led flicks had more heart, something that beats a machine gun any day, both onscreen and off.

(*Tootsie and Mr. Mom get honorable mention for their respective takes on the misogynistic realities and double standards women face every day.)