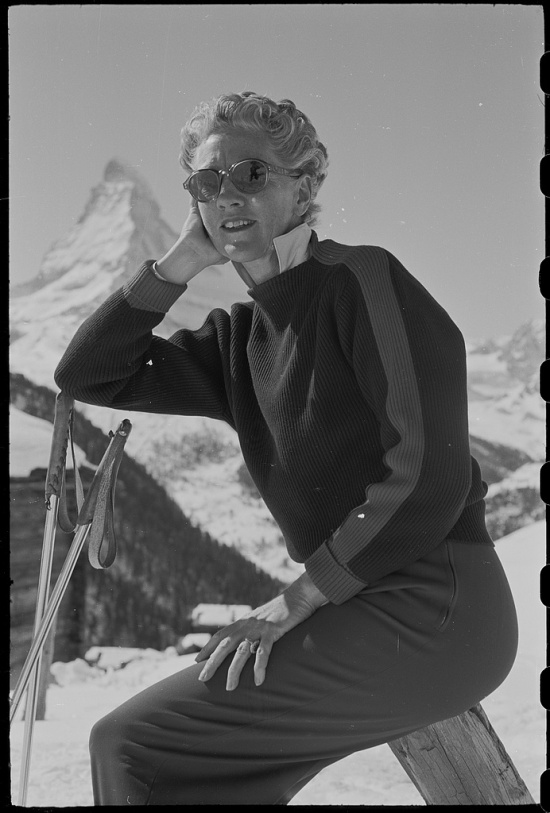 Toni Frissell at one of her favorite places, a ski slope.

Happy New York Fashion Week to clothes horses everywhere! In honor of the sartorial splendor currently unfurling across the Big Apple, here’s a collection of images by Toni Frissell.

A groundbreaking photographer whose privileged upbringing garnered her access to the most famous faces and places, it was Frissell’s innate talent and innovative styling that made her a household name. Rather than taking typical fashion shots of static mannequin-esque models, Frissell brought her models into the world, showing that women were active participants in life, not mere observers. This approach earned her coveted features in Vogue, Harper’s, and Sports Illustrated, the latter of which also satisfied Frissell’s love of athletic endeavors.

Frissell also turned her lens beyond fashion: she worked for the American Red Cross and military during World War II to get front-line shots, as well as behind-the-scenes images, such as those glorious shots of Tuskegee Airmen preparing to defend democracy.

Described by Life magazine in 1966 as “The Patrician photographer of a vanishing age,” Frissell’s images are timeless.

Here, to get you in the NYFW mood, are 12 exceptional Frissell shots, all found at the Library of Congress.

See ’em all, AFTER THE JUMP!