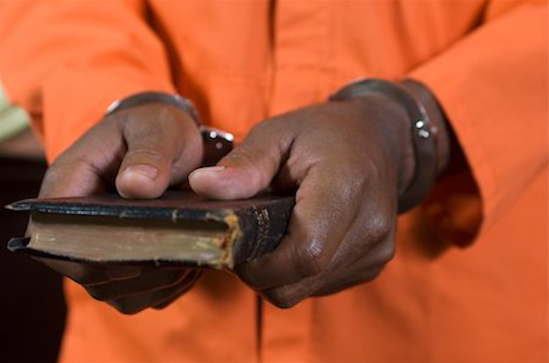 The novels The Heart is a Lonely Hunter and Ragtime appear as different as night and day. Carson McCullers’s Heart takes place in the post-war Georgia circa 1930, E.L. Doctorow’s Ragtime the pre-war New York City of 1902-1912; Heart revolves around solitude among outcasts in a rural berg, Ragtime around glitzy dreams in a churning, syncopated metropolis. Yet both books’ plots are propelled by a black man’s thwarted quest for justice — a sad story that continues to be told today.

In Heart, a novel published in 1940 and informed by McCullers’s own Georgian childhood, we meet Dr. Benedict Copeland, a medical professional, teacher, and all-around community leader. He’s led a good, decent, law abiding life, and remains steadfast in his belief that kindness overtakes hate, no matter how fierce or how racist. And being black in rural Georgia in 1930, he knew racism.

So too does his son, Willie. Though kind like his father, Willie’s less passive, a pugnaciousness for which he pays the price: a minor fight lands him on the chain gang. The punishment doesn’t fit the crime, and Dr. Copeland knows it. And it angers him.

Soon the sanguine optimist  becomes a cynical critic. He shocks family and friends Christmas morning when he delivers not his traditional uplifting ode, but a passionate invective on the existentialism of being black in racist America:

“People of the negro race!… Our gifts are being trampled in the mud and made useless. We are put to labor more useless than the work of beasts. Negroes! We must arise and be whole again. We must be free!”

And this  anger only grows after Willie loses his feet at the hands of an abusive white guard. Dr. Copeland marches straight to the sheriff demanding justice, but instead receives a punch to the jaw, a douse of whiskey and lock up for “drunk and disorderly.”

When Dr. Copeland’s released the next morning, his daughter shakes her head, “Messing around at a white folks’ courthouse? Best thing us can do is keep our mouth shut and wait.” Dr. Copeland doesn’t reply. He’s fuming. Not at the sheriff. But at himself. He had been a fool to believe he could find fairness in a racist society.

“[Once] I believed in the tongue instead of the fist. As an armor against oppression, I taught patience and faith in the human soul. I know now how wrong I was. I have been a traitor to myself and to my people. All that is rot. Now is the time to act and to act quickly. Fight cunning with cunning and might with might.”

Dr. Copeland spends the rest of his few days fighting for equality, inclusion, and a truly American way of life. 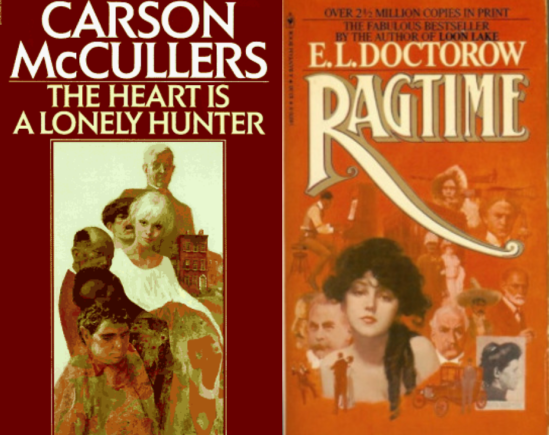 Ragtime’s black protagonist isn’t as lucky. Named Coalhouse Walker, Jr., he appears about a quarter of the way into Doctorow’s 1957 novel. And what an entrance he makes: a handsome, well dressed, debonair musician from Harlem, he glides into frame in a sparking new Model T Ford, here to visit his girlfriend, Sarah, and their child, who are living with the narrator’s white family in New Rochelle.

Clearly Walker doesn’t “look” or “act” like a musician from Harlem. He doesn’t kowtow white folk or step aside on the sidewalk. He’s his own man. At one point the narrator notes, “It occurred to father one day that Coalhouse Walker Jr. didn’t know he was a Negro…. Walker didn’t act or talk like a colored man. He seemed to be able to transform the customary deferences practiced by his race so that they reflected to his own dignity rather than the recipient’s.”

It’s Walker’s self-assuredness that sends his destiny veering into oblivion. Or, rather, white people’s objection to Walker’s self-assuredness. Specifically, a group of white firefighters incensed that a black man like Coalhouse Walker should have such a nice vehicle and such fine clothes. And they are of course  infuriated that Walker doesn’t consider them superior. So they harass him. They call him names. They block his way. And finally,  in a childish gesture with fatal results, they cover his car in horseshit and jettison it into a nearby pond.

As in Heart, Coalhouse’s quest for justice is thwarted. The police turn him away. Three white lawyers flat out reject him, and as does a black lawyer, too, telling Walker, much like Dr. Copeland’s daughter tells him, “I want justice for our people so bad I can taste it. But if you think I would go to Westchester County to plead on a colored man’s behalf that someone deposited a bucket of slops in his car, you are very much mistaken.”

And, as in Heart, too, Walker’s anger intensifies, especially after Sarah’s killed trying to plead his case – then it explodes. And so too does a firehouse, one the first of many Walker destroys in the weeks ahead. And the  terror will continue, he said, until his car’s returned in pristine condition and working order. That’s all he wants. No money. No diamonds. Just his car, the way it was before the firemen fucked it all up, before Sarah’s death.

In the end, Walker’s in a stand-off with police. Much death has rained on New York and both sides want it over. The Model T’s returned, like new, and Walker emerges — only to be shot to death: “The body jerked about the street in a sequence of attitudes as if it were trying to mop up its own blood. The policemen were firing at will.” A black man like Walker wouldn’t be given a fair trial. Not by a longshot.

Heart and Ragtime are fiction, but their (white) authors drew from real life. They wrote what they saw and knew to be true, what they knew to be wrong. Yet, all these years later — 79 since Heart and 44 since Ragtime — and despite all people who read these books, who saw the movie adaptations; despite all the progress we’ve made in so many ways and shapes, the same dark tales are still being told in America today. Every day we hear disturbing stories of people of color, primarily black men, denied true justice.

There are millions of black people in prison for minor crimes; kids like Trayvon Martin are murdered simply because people panic at the sight of melanin. Black Americans are suspected of crimes simply for being black; they’re looked at askew by shop keepers; they’re profiled by police. They’re choked and beaten and locked away.

Or, worse, they’re gunned down for no reason at all. None. The Washington Post reports that between 2015-2017, police shot 72 unarmed black men, far more than any other racial group. As with Dr. Copeland and Coalhouse Walker, they receive no justice. Their lives are presented as disposable and are treated as such.

As our nation grapples with most racially divisive period in since the 1960s — I feel like I’ve been writing similar phrases ever since the Tea Party first protested Barack Obama and his blackness—, and as we celebrate Black History Month, I can only hope that one day we overcome the vast racial disparities in justice we know too well, making tales like Heart and Ragtime truly fiction.

Maybe one day Dr. Copeland’s hope will be realized: “The time will come when the riches in us will not be held in scorn and contempt.” And that means all of us.