For this week’s Found in the LOC, I present 13 gorgeous woodcuts by Tachibana Morikuni.

Information on Morikuni is few and far between, but I learned he was born in 1679 in Osaka, and was trained in the art of woodcutting by a man named Tsuruzawa Tanzan. I also discovered Morikuni published three books: 1714’s Ehon kojidan (Old Stories about Illustrated Picture Books), Ehon utsushi takarabukuro (A Treasure Pouch of Picture Book Sketches) in 1720, and Unpitsu soga (Strokes of the Brush and Rough Pictures), posthumously, in 1749, one year after his death.

His legacy, however, lived on his apprentice and son, Tachibana Yasukuni, whose work is also in the Library of Congress.

The Library of Congress dates the Morikuni images here circa 1720. Featuring foxes, rams,  horses, cats, and even boars, Morkikuni’s art is quite the menagerie. Above you see “Domestic cat nursing kittens.” Some beauty never goes out of style.

And click here for more Found in the LOC. 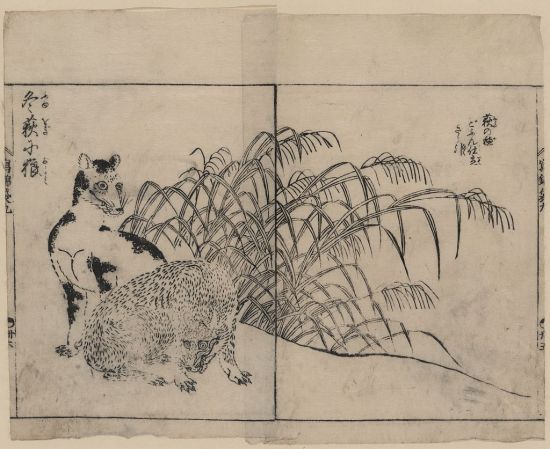 Deer, two bucks fighting, next to a stream: 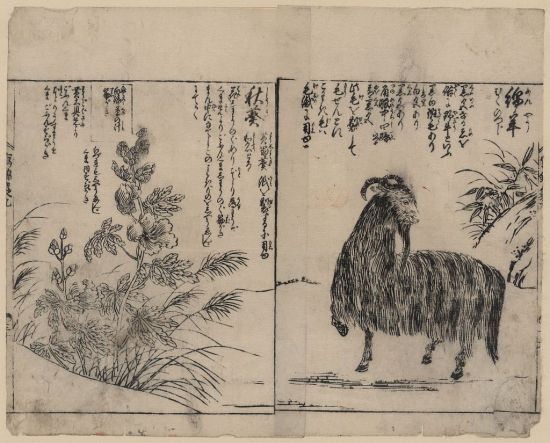 Wild boars running, on cliffs, and near pine trees: 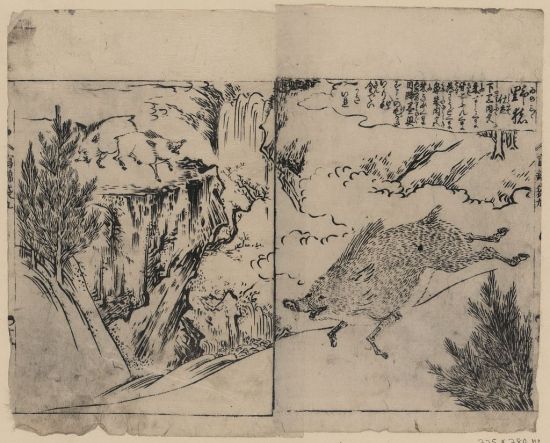 Tiger near a cataract: 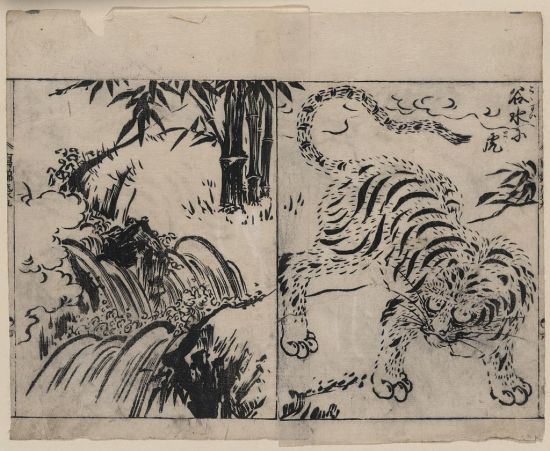 Wild horses running in water, across a river or in surf:

Cat with black markings on its fur and a fragrant rose mallow: 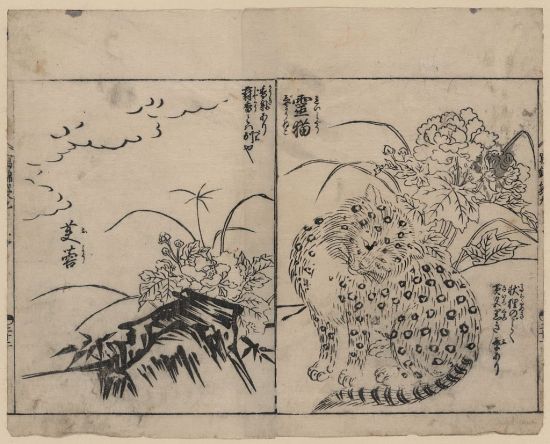 A large bull or ox: