Newspapers have played a central role in the American narrative since colonial days, when editors, writers, and just plain average folk used the media to make change. And papers remain just as important to our democracy today, as Trump and his allies try to twist reality to their own interests. And the American people know this; that’s why, even as print versions suffer and shutter, digital subscriptions to outlets like the New York Times and the Wall Street Journal continue to soar – We want the truth!

To celebrate the newspaper and its essential place in our culture, here are 20 images of newsstands across America, from 1937-1942, taken by some of the greatest names in photography: Marjory Collins, Russell Lee,  Edwin Locke, Arthur Rothstein, and John Vachon.

What’s so incredible here is the wide, only-in-America spectrum of representation: From Japanese Americans reading magazines to Mexican Americans selling diarios, from Baltimore workers reading news about World War II to a New Yorker newsie lost in dozens of titles; from Minnesota to Memphis, Texas to Oregon, these are snapshots of America as it is and as it should always remain.  And be sure to keep your eyes peeled for some early editions of Detective Comics and Action Comics! 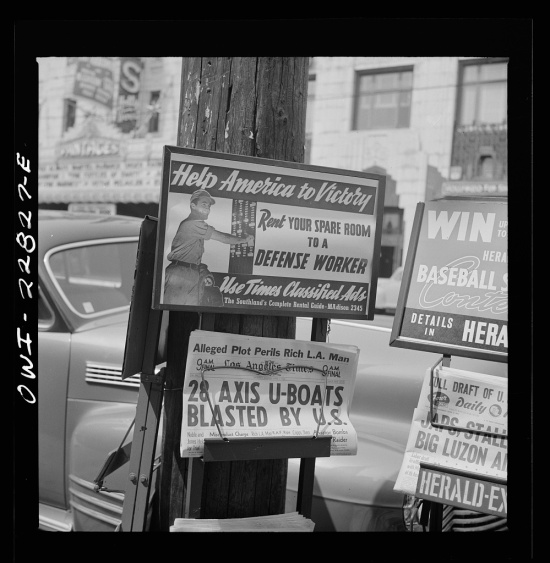 Check out the whole collection AFTER THE JUMP!

And click here for more Found in the LOC! 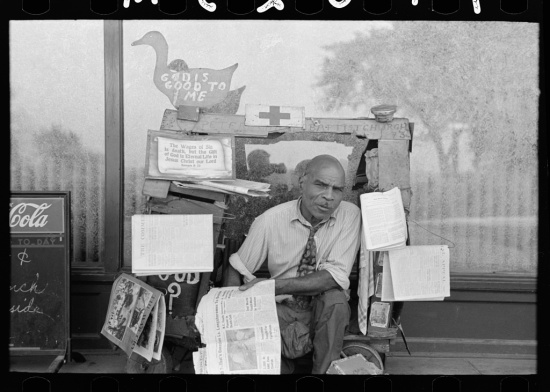 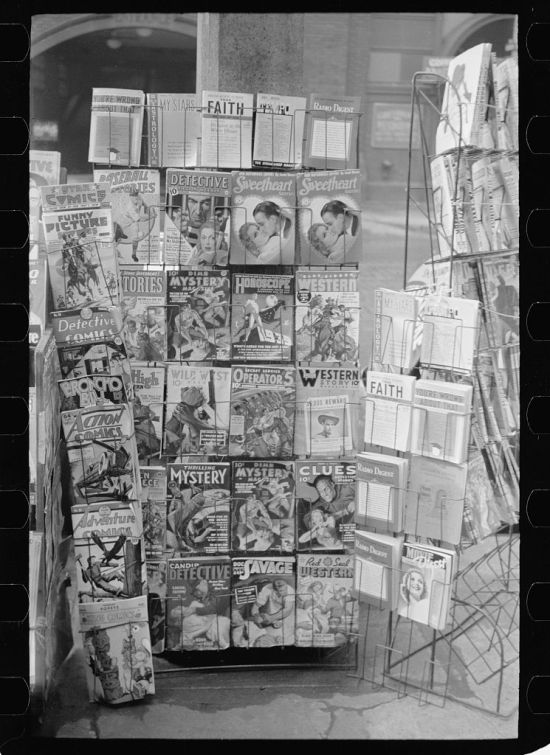 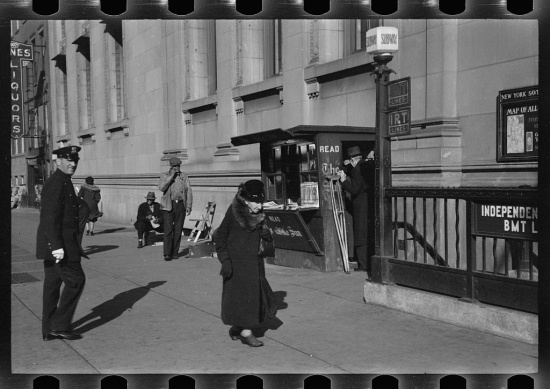 “Baltimore, Maryland. Workers reading the newsstand papers while waiting for a trolley after work, 1943,” Marjory Collins:

“Nyssa, Oregon. Japanese-American boys at the newsstand on their weekly visit to town, 1942,” Russell Lee: 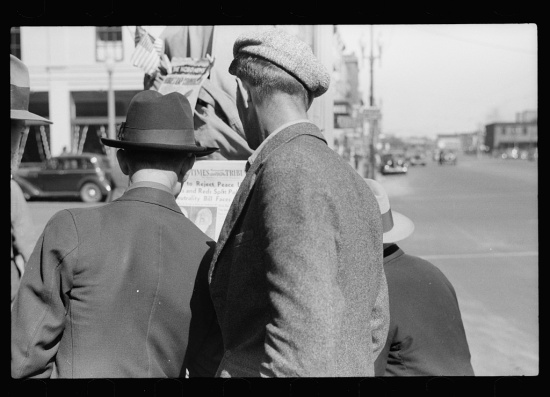 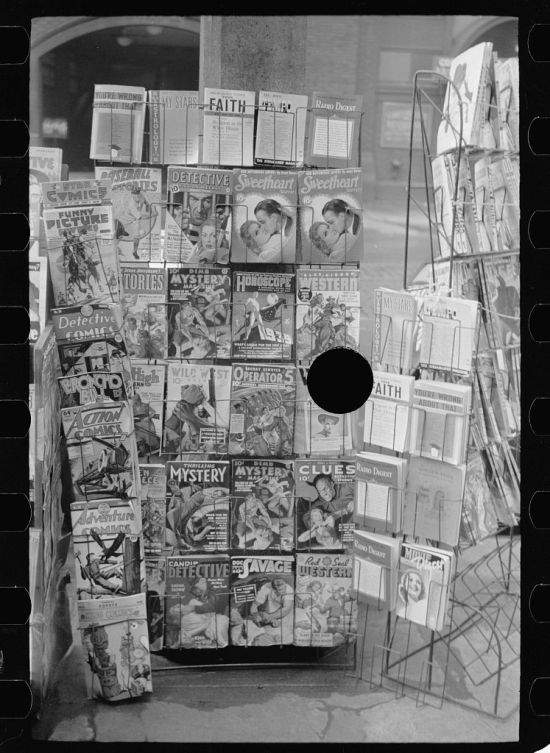