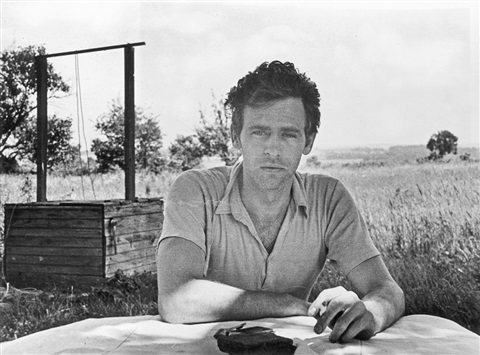 Late author James Agee is regarded today as one of American literature’s most incisive, insightful, and innovative writers. It wasn’t so while he was alive. He was respected enough, sure: His book and film reviews for Time and The Nation were popular and well regarded, as were his contributions to the screen adaptations of The African Queen and The Night of the Hunter, but Agee didn’t grow in stature untilafter his alcoholism-fueled heart attack in 1955, at the age of 45.

It began first with his autobiographical novel A Death in the Family, about his family coping with his own father’s death. Only half done when Agee himself died, it was completed by editor David McDowell and published in 1957, two years after the author’s death. It won a Pulitzer the next year.

And appreciation was similarly delayed for Agee’s earlier, more expansive, and even more reality-based work, Let Us Now Praise Famous Men. Originally commissioned by Fortune magazine in 1936, the piece was meant to give readers a first-hand account into lives of poor Alabama sharecroppers in the Great Depression — all graphically illustrated with images taken by all-star government photographer Walker Evans. The work became so much more than that.

For four weeks that blistering summer, Agee and Walker lived among three families in and around Hale County, Alabama, documenting their every move, every possession, every smile and every tear; they captured the many trials and tribulations, scarce triumphs and unquenchable humanity of the families with which they resided, becoming as ingrained in the narrative as their subjects. At one point Agee remarks on a married female subject’s flirting with him, silently but obviously, “There is tenderness and sweetness and mutual pleasure in such a ‘flirtation’ which one would not for the world restrain or cancel, yet there is also an essential cruelty, about which nothing can be done, and strong possibility of cruelty through misunderstanding, and inhibition, and impossibility.”

To Agee, Praise was an opportunity to explore larger, more universal human truths and experiences. Part reportage, part personal reflection, this piece demanded active engagement from the reader — in fact, Agee writes, “[This] is an effort in human actuality, in which the reader is no less involved than the authors and those of whom they tell.” — but Fortune disagreed. They wanted more streamlined edits fit for mainstream audiences, not a rumination on humanity, but Agee refused, and the piece was killed.*

This was just fine by Agee.

The piece’s cancellation gave the writer the time and space to expand upon his work, growing the article to over 400 pages before submitting it to publishing houses. There was a nibble in 1939, but for reasons unknown it was killed again, and it wasn’t until 1941 that Houghton Muffin took a chance on Agee’s genre-bending work. That chance did not pay off: Praise sold only 600 copies of a 1200 copy run and the title seemed destined to be forgotten. It certainly was when Agee died. But then, in 1960, post-post-humous Pulitzer, Houghton Muffin dusted off and re-released the title; it’s been in print ever since — and its biting yet tender insights resonate just the same as when Agee wrote them. One particularly powerful note reads, “In every child who is born, under no matter what circumstances, and of no matter what parents, the potentiality of the human race is born again: and in him, too, once more, and of each of us, our terrific responsibility toward human life; toward the utmost idea of goodness.”

This should all be heartening and instructive for writers struggling to get their footing. As with Dr. Mary E. Walker, Agee wasn’t whole-heartedly celebrated until after he’d already left, but when he was, he was elevated to the nation’s upper echelons. These accolades didn’t do him much while alive, but isn’t much of writing about leaving a legacy larger than any one life? Agee certainly thought so.

*When Let Us Praise was finally published, Agee expressed his disgust at a magazine like Fortune looking for profit among human suffering. “It seems to me curious, not to say obscene and thoroughly terrifying, that it could occur to an association of human beings drawn together through need and chance and for profit…to pry intimately into the lives of an undefended and appallingly damaged group of human beings…for the purpose of parading the nakedness, disadvantage and humiliation of these lives…in the name of science, of “honest journalism” (whatever that paradox may mean)…”