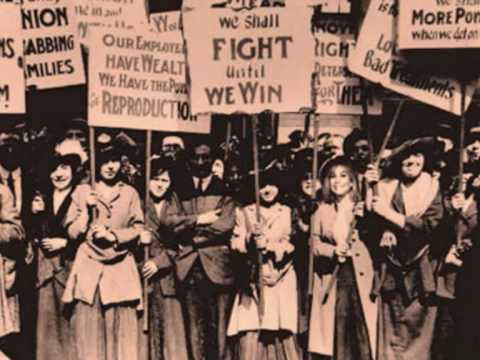 Today, as we celebrate women around the world, let’s not forget that today’s commemoration owes its existence to the labor movement: The first unofficial women’s march associated with this date was organized by the Socialist Party of America, in 1909. But it wasn’t a “women’s” day back then. It was “National Woman’s Day,” which is quite a bit different. Appearing at the event, activist Charlotte Perkins Gilman declared that day, “It is true that a woman’s duty is centered in her home and motherhood but home should mean the whole country and not be confined to three or four rooms of a city or a state.” And that was progressive for the time.

Gilman’s kitchen-centric thinking aside, female activists from The International Conference for Women organized a similar event celebrating working women in 1910, in Copenhagen, and one year later the event grew to one million working women in four nations across Europe, but on March 19, not the 8th.

But the date March 8th didn’t gain importance again until 1917, the year Russian women walked off their jobs as part of the February Revolution that ended Czar Nicholas II’s reign, ushering in the Soviet era. From that point on, every year, Russian women were celebrated for their role in enacting the revolutionary cause.

But Women’s Day was thus largely relegated to Soviet Russia for years; though it spread into China and other communist nations over the decades, IWD didn’t go global until the United Nations adopted it as an annual event in 1975, the international body’s so-called “year of the woman,” part of the broader “decade of the woman.”

From the UN’s contemporary documents on the female-centric initiative:

The World Plan of Action consisted of recommendations for national and international action, including economic, legal, social, administrative and educational measures. The Plan suggested, inter alia, that Governments set up national machinery to promote and oversee their national efforts to advance the status of women…

Looking at the socioeconomic and cultural landscape of today, in particular the persistent gender wage gap and very real need for the #metoo and Time’s Up movements, it’s clear that the “year” and the “decade” of women weren’t successful. 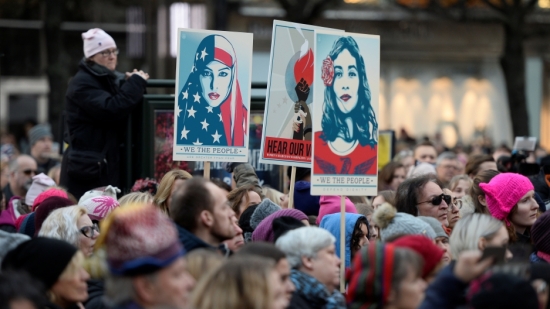