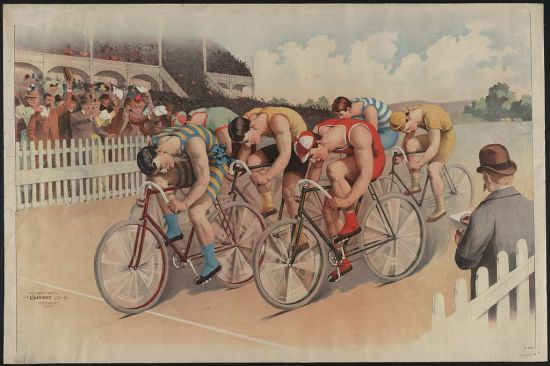 Except for those completely committed to bike life, most of us are packing away our wheels for the winter, tearing at the freedom and fun put on hold until warmer days return. While I can’t control the weather, I can offer a few visual treats to help you get through, all from the 1890s, the period in which bicycles as know them took off…

There had been bicycle-type vehicles for decades, including variations on the pedal-less contraption German inventor Karl von Drais’ called a “running machine,” but which the public often called a “velocipede,” a “dandy horse” or, in England, a “pedestrian curricle,” and there was also the unforgiving British device nicknamed the “bone-shaker,” but bicycles as we know them didn’t take off until the 1860s, when the French company Michaux added pedals. Though was slow going at first — bikes didn’t arrive in America until 1878 —the vehicles finally became a full-on craze by the 1890s.

With the Industrial Revolution in full swing, when there were so many options of transport — steam trains, steam ships, automobiles and subways — men and women were opting to propel themselves. (So popular were bikes with women that some of the images you see here allude to a revolutionary change not only in women’s fashion, but their place in society at large.)

The bike’s popularity hasn’t waned since, becoming an indelible part of human culture the world over. Now, if we can just muster a bit more interest, we can leave this climate change thing in the dust in no time: a 2015 study showed that increasing global bike riding to 20% in urban areas would help reduce carbon emissions 11% by 2050. But we in the States still have a long way to go: current ridership in U.S. cities is only 1%.

Until then, and without further ado, nineteen more bike-themed adverts, inserts, road maps and lithographs, AFTER THE JUMP. (Above, an 1895 lithograph.)

An 1883 Milton Bradley poster for a bike race in Springfield, Massachusetts, which would host many such events in the years to come.

An 1891 advert out of France, epicenter for the bicycle renaissance that began in the 1860s.

A truly beautiful 1896 piece from seminal American graphic artist Will Bradley, no relation to Milton.

Another Springfield-based race, also by Will Bradley.

A beautiful 1890s poster for a race held on “Decoration Day,” a predecessor of Memorial Day.

Another beautiful Victor Bicycles ad by Bradley, but this 1896 version calls out the women’s “Victoria” model. 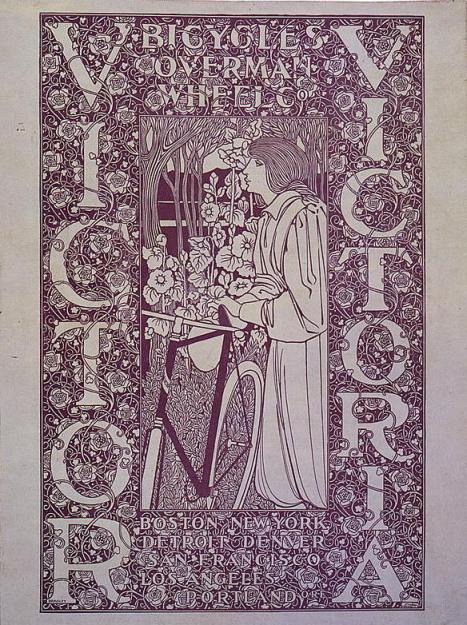 Will Bradley also created this women-centric ad, though makes no mention of “Victoria” here. 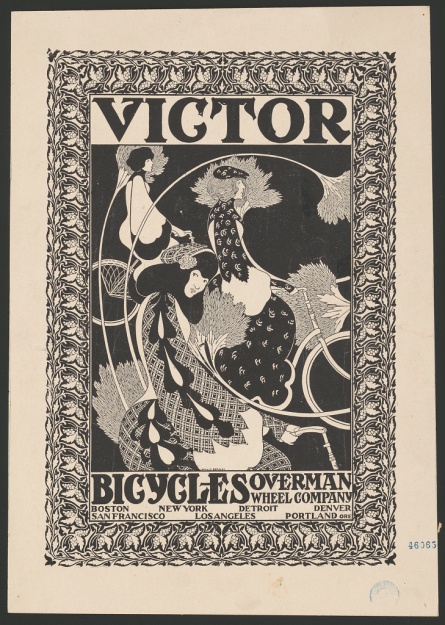 This 1890s ad for Shirk bikes also caters to a “prudent” female demographic.

Harper’s Weekly cashed in on the bicycle’s popularity in 1896 with these Maxfield Parrish pieces. 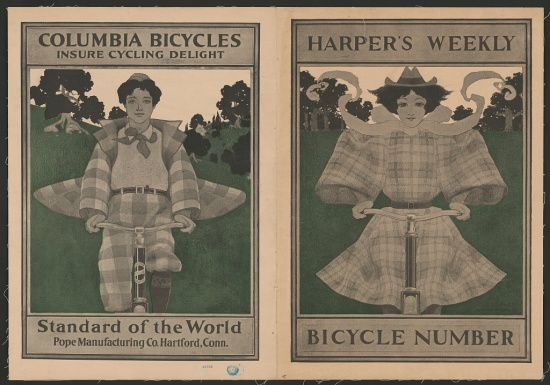 And clearly Harper’s was on the ball, or, rather, the wheel, because the venerable mag also put out a Manhattan bike map that year.

Outing magazine also ran a special bike-themed issue, this one in 1896.

But both were beaten to the punch by Romance, which ran this cover in 1895. 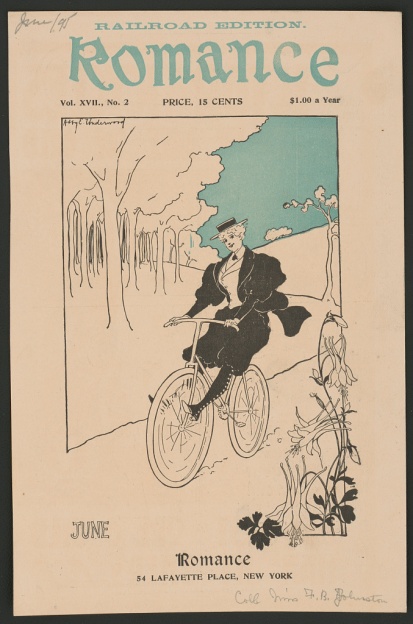 Another ad targeting women, this one from Stearns.

From the same artist as the previous image, Edward Penfield, comes this 1890s advert for Orient Bikes.

An 1896 ad for a whole series of bike-themed lithographs speaks to the device’s popularity. 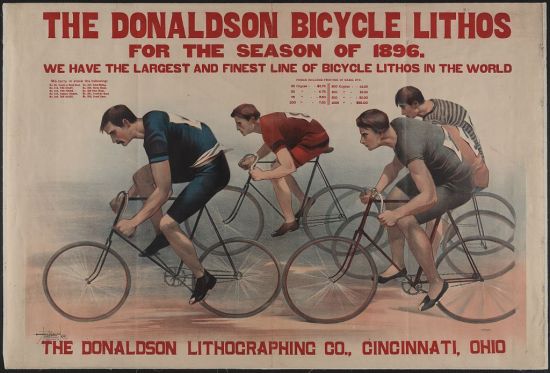