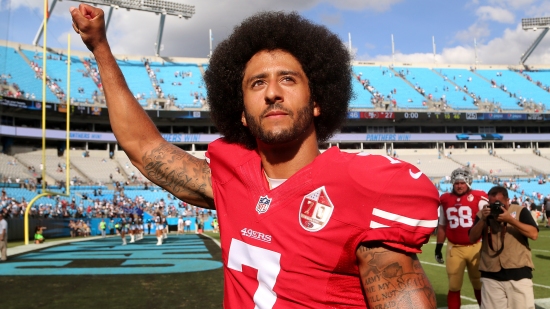 Two stories caught my eye this morning. One is GQ‘s announcement that Colin Kaepernick, the former NFL footballer who started the knee-taking national anthem protest against police brutality, is their citizen of the year. This is a wonderful honor for a deserving person. And, considering the second article that snagged my attention, it’s more than necessary.

[County] sheriffs are mimicking his antagonistic political style, alarming progressives and some legal observers who fear an increasingly undisciplined justice system. Some have even gone to battle with Democratic officials, bucking their “politically correct” policies and using rhetoric that puts some residents on edge.

So, we have county sheriffs, leaders who are supposed to uphold the rule of law and equality for all, pledging allegiance to a man who has no concept of law, order, fairness, justice or inclusion….

We need more sensitive, patriotic Colin Kaepernicks up in here to counter these Trumpian “my un-American way or the highway” tough guys.