I’m sure you’ve got this marked on your calendar, but just in case, today is the 122nd anniversary of German scientist Wilhelm Röntgen’s October 8, 1895, discovery of X-Rays. Yippee!

In honor of Röntgen life-altering, Nobel Prize-winning findings — a fluke that changed medicine forever: now doctors could see into the human body without all that messy slicing and dicing. – here are five early X-Ray-produced images found over at the L.O.C., the Library of Congress.

Image one, above, was taken in 1896 and comes with the caption, “Ein neues Licht legwet die Welt,” which translates to “a new light sets the world.”

See the rest after the jump. 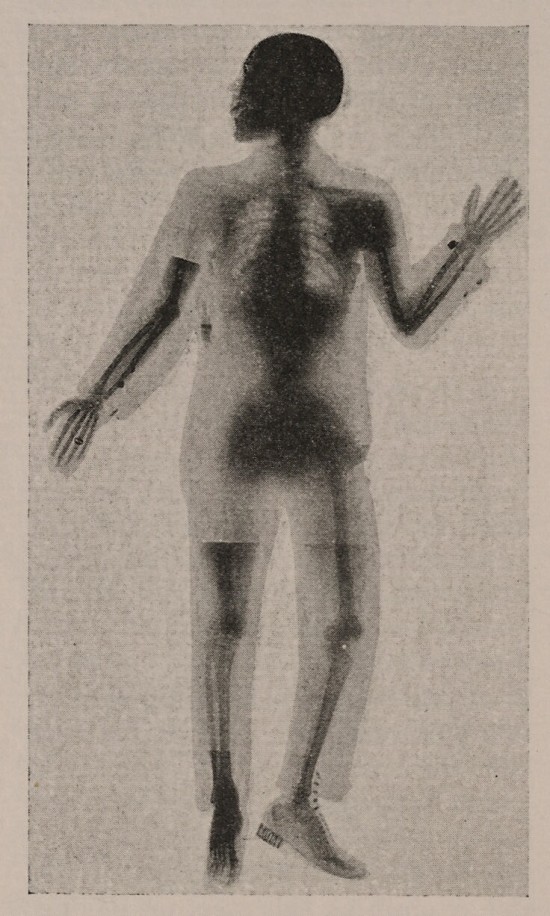 2. An X-Ray of American physicist and flautist Dayton Miller.

3. An X-Ray of the bullet John F. Shrank shot into Theodore Roosevelt during a failed 1912 assassination attempt.

4. Coy Howard-designed poster for the 1976 Coherence in Architecture conference. 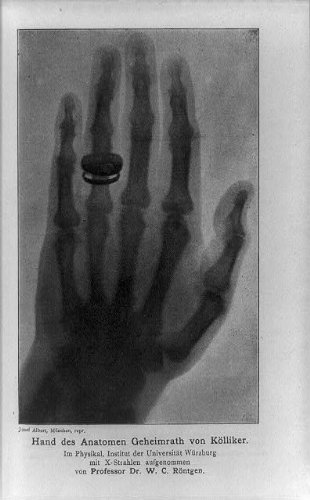