(This is the first in what will be an ongoing series, “Found in the L.O.C.,” the Library of Congress.)

Chance played an instrumental role in artist Gordon Parks’ genre-spanning career. That’s both chance, as in “happenstance,” and chance, as in “taking a risk.” The former came early, and in fact catalyzed his career: The man who developed Parks’ film was impressed by the young shutterbug’s eye and suggested that he start taking photos for an upscale women’s fashion shop. That was 1937; Parks was a 25-year old black man. Applying for such a gig was the first occupational chance he took.

Up until then Parks, born dirt poor in Ft. Scott, Kansas and now living in St. Paul, had been working in bars and brothels, playing piano, singing and collecting used glasses to make ends meet. Once rent was made and food consumed, Parks spent what was left on Life and other glossy photo magazines, magazines he absorbed voraciously and that inspired him to save up for a camera. Soon he was snapping shots of life around him, i.e.: the somewhat seam side of night life, and that’s how he met  the developer who encouraged him to go pro. And Parks didn’t stop taking chances for another 68 years.

Parks took chances when he photographed society women in late 1930s Chicago; he took chances when he worked for the U.S. government’s Farm Security Administration, the same agency where John Vachon and Dorothea Lange honed their craft; and Parks took chances as an artist for Standard Oil, too. Working as a fashion photographer at Vogue under Alexander Lieberman in the late 40s was a risk for anybody; similarly steely guts were essential when Parks decided to write his 1965 autobiography, The Learning Tree, and again when he directed the film adaptation in 1969. And, yes, he took another leap of faith on directing Shaft, pioneering the Blaxploitation genre whose pros and cons continue to be debated; composing a 1989 ballet based Martin Luther King Jr’s life was risky, too, just as was standing alongside Malcolm X and demanding true equality years prior. And what else would you expect from a man who said, “The guy who takes a chance, who walks the line between the known and unknown, who is unafraid of failure, will succeed”?

It was Parks’ love of equality — or the potential for it, at least — that led the photographer to one of his favorite subjects, Ella Watson, a cleaning woman at the FSA’s office. This was 1941. Segregation was still in full effect and Parks, fresh from his gig photographing wealthy women, wanted to use his talent to highlight injustice in the world. Ella was a perfect example: a struggling black woman toiling into the wee hours for a government that continued to segregate her people and treat them like dirt. This was systemic discrimination, right in Uncle Sam’s house — and Parks captured it beautifully in his first image of Watson, American Gothic: Washington D.C., a biting take on Grant Woods’ iconic painting. It was a risky move, crossing the government like that, but one that paid off: Parks’ portrait of Watson became an icon in its own right.

This was hardly the only image of Watson that Parks took. He followed in her footsteps whenever he could over the next three years, including to church and home. 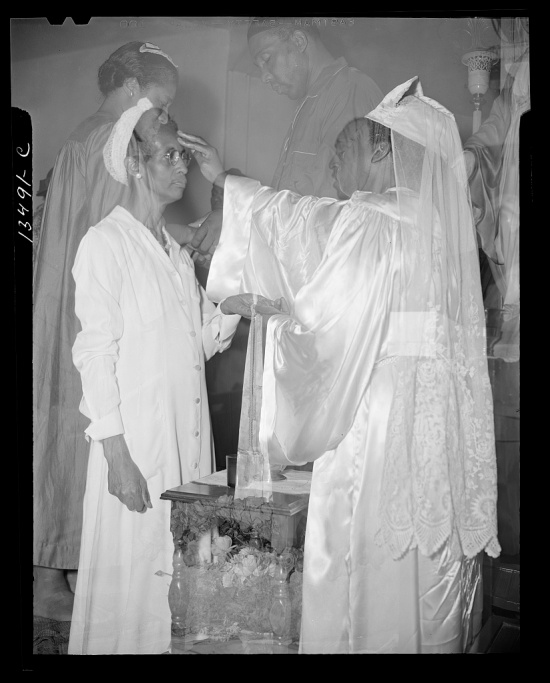 In celebration of Parks’ truly incredible, risk-taking career, a career that took him through almost every single social stratum imaginable, here are twenty-five other pictures Parks took while working for the government.  Some are of students at Bethune-Cookman College in Daytona, Florida; some were snapped interracial camp in Orange County, New York; and others are of kids, fisherman, old women and other denizens of New York City. Regardless of the subject, though, in these images you see the potential for true parity in America, something Parks longed for and something for which we’re still fighting. All images are via the Library of Congress.

Note: the top image, of Parks with colleague Helen Wool, was taken by an unknown photographer, not Parks. 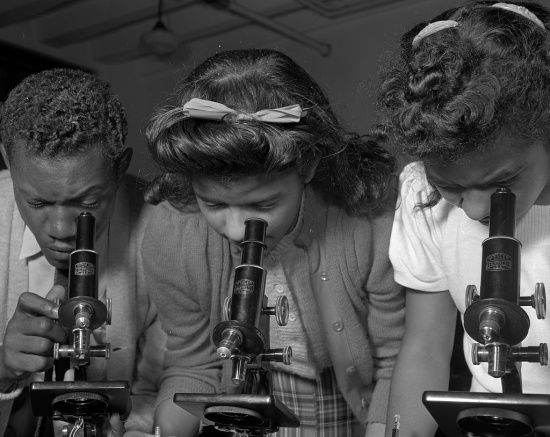 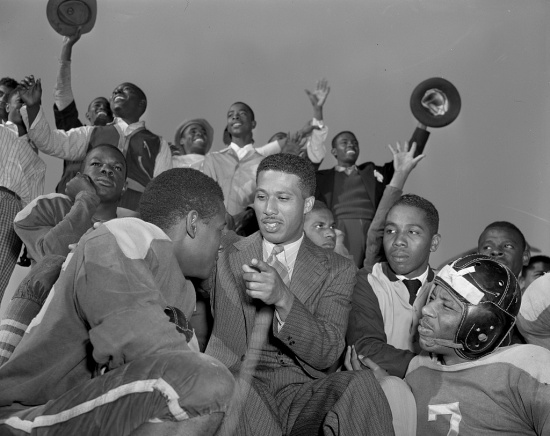 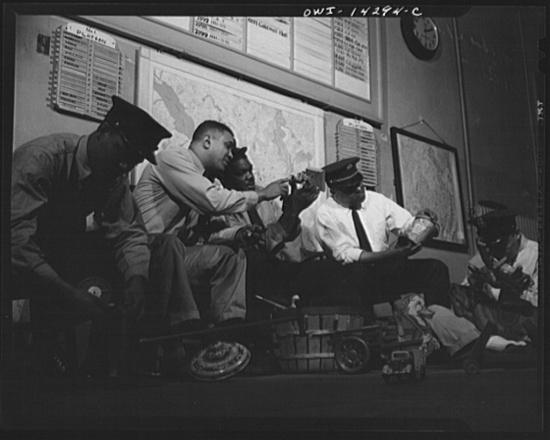 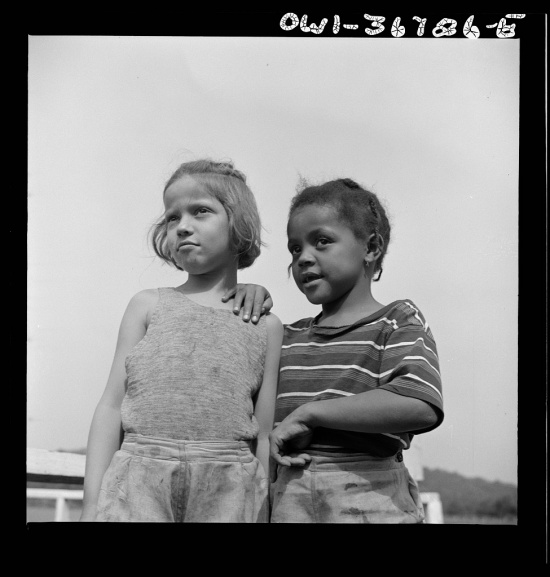 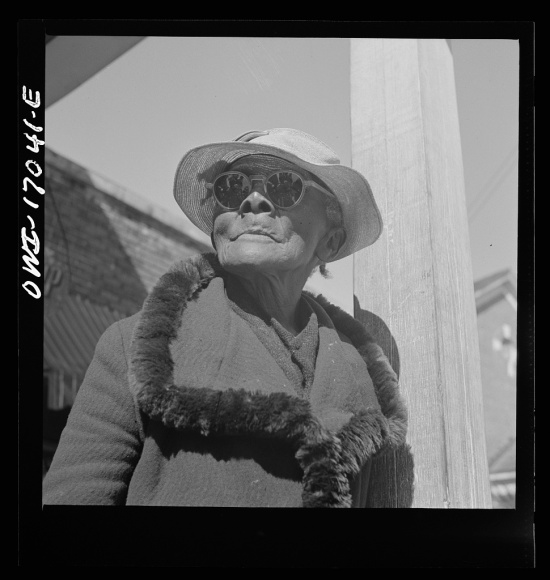 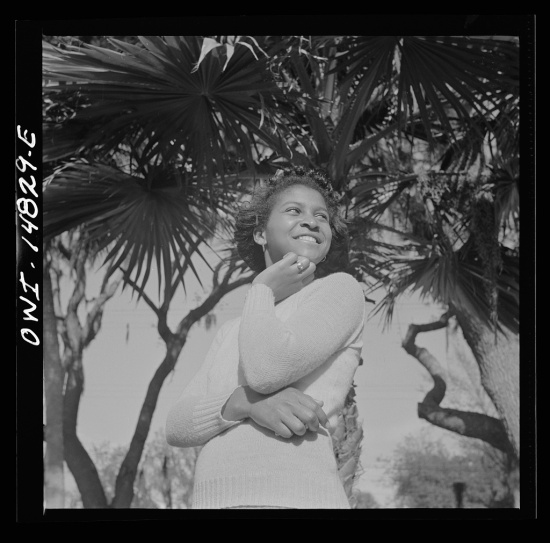 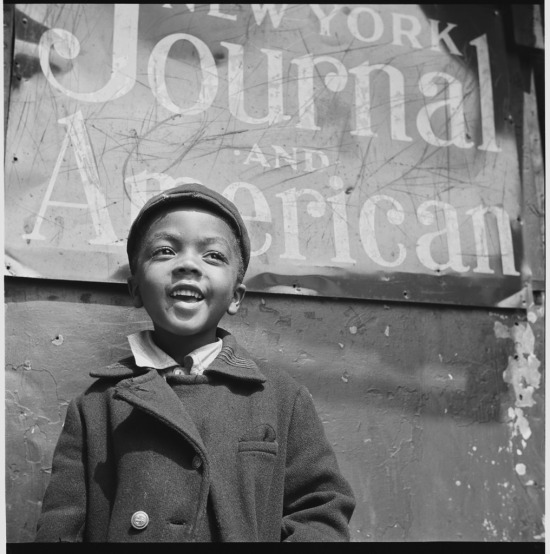 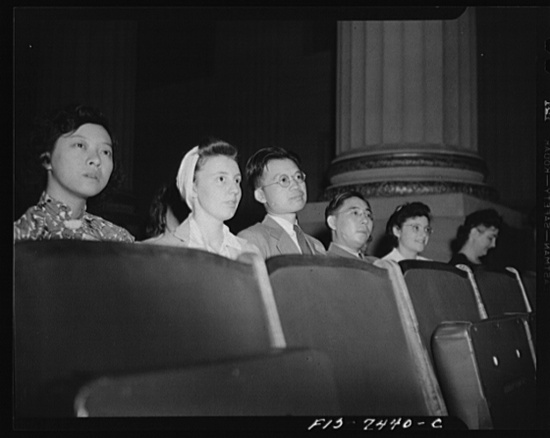 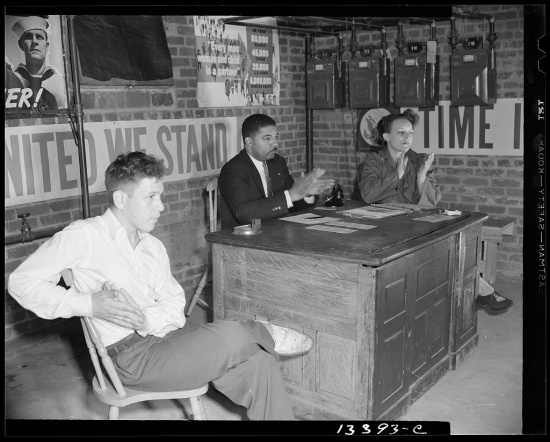